Last week a Russian White Dragon Society representative came to Japan to cement an alliance with other factions of the WDS around the world. As a part of this, the WDS authorized the release of this photograph: 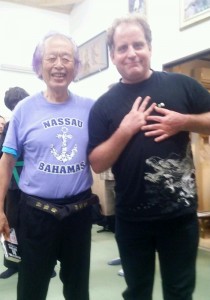 The person pictured with this writer (in his capacity as WDS spokesperson) is Masaaki Hatsumi. Hatsumi runs the Bujinkan martial arts training school, which has trained over 250,000 special operations troops and has a network of 50 training centers worldwide. His name is a household word among people involved in actual fighting and real martial arts worldwide. He trains FBI, British, US, Russian, Iranian and other Special Forces. Chinese sources say he is the only Japanese citizen who has free access to the top levels of the Chinese government. At the meeting, Hatsumi expressed support for WDS goals.

Last week again, multiple developments around the world made it very clear the worldwide Khazarian mafia control grid continues to be dismantled. For example, the Pentagon issued a photograph of Defense Secretary Ashton Carter with top Khazarian mobster and war criminal Benyamin Netanyahu showing a clearly distraught and angry Netanyahu.

As we wrote last week, he was read the riot act. He was told Israel’s “Iron Dome” anti-missile defenses had been rendered useless and Israel was defenseless. Netanyahu was forced to