From a viewer.  Found two things of interest:

1. Attached is a complete list of planned locations for the 11/4 Antifa Event.

2. This is all conjecture and deductions based on known timetables, but I think I may have figured out the false flag purpose of the “coronal mass ejection drill” on 11/4.

Given that Trump’s going to be in Japan on 11/5, it would be logical for him to be airborne on 11/4.  That “drill” would go live, being used as a murder weapon in a plot to assassinate Donald Trump.  The plot would be easy to cover up without expertise in electronic forensics as an “unfortunate plane crash.”  The mastermind of this assassination is most likely Barack Obama.

Would this event explain the unusual UN troop sightings being reported country-wide? 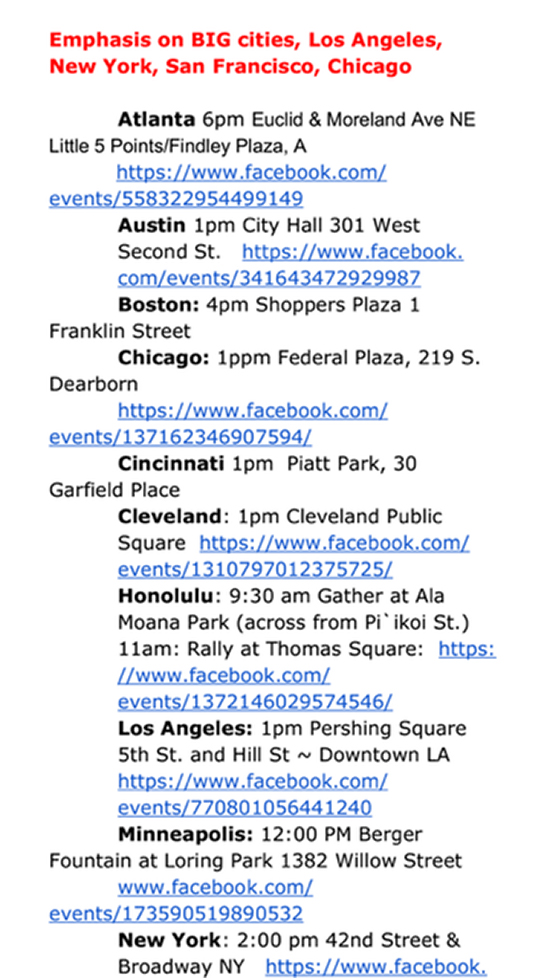 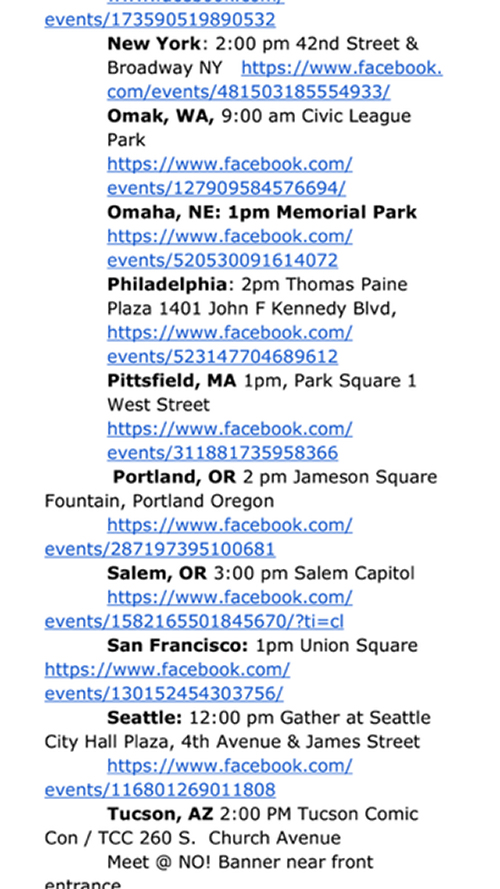