I have been following your articles through Kauilapele’s blog.  Thank you for such incredible journalism.

I took a few screen captures of images from ABC’s video of the Barbara Bush funeral video you referenced.  As you can easily see in the clip you referenced (which are all stills), the Clintons are seated with Barbara Bush to the right in the row behind them.  I believe it is Jimmy Carter seated two to the left of Bill.  But according to the video, Carter didn’t attend the funeral. 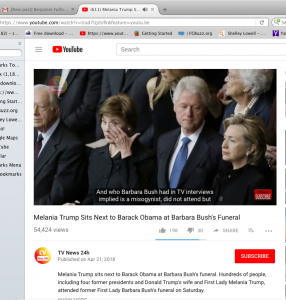 This clip is obviously from another event a while ago, since Barbara Bush, Carter, and the Clintons look younger, HRC is wearing a different jacket/outfit in this clip than in other scenes of her seated in the chapel as well as in the group photo of her with Barack and Michelle Obama, Melania Trump, the Clintons, and the Bush family.

The tie Obama is wearing in the group photo is blue, while the color of this tie in the video is black or dark gray.  Weird. 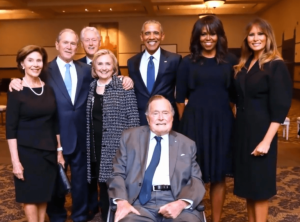 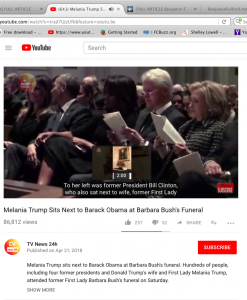 Below are other discrepancies with the casket….

In the overview shot of the chapel, there is no casket up front.  Usually the casket would be there during the entire service. 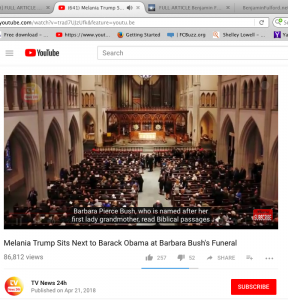 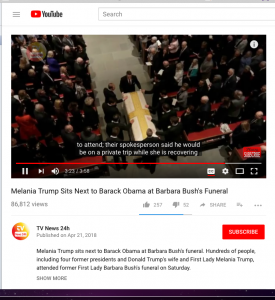 Also supposed to be Barbara Bush’s casket.  It doesn’t match. 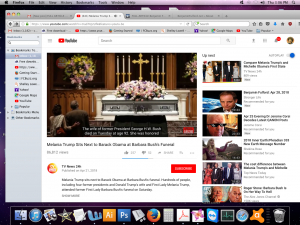