RE:  who’s alive and who’s dead etc., there is another option to consider, and that is clones.

It is very straightforward to create a clone;  all one needs is two cells from the target and one cell from the opposite sex.  The nucleus is removed from one of the target’s cells and replaces the nucleus of the opposite sex.  Now you have male and female cells of the being you would like to create containing identical information.  All that is needed then is an electrical charge and the cells will begin to reproduce.

This is inserted into a cow’s womb.  The growth hormone secreted from the pituitary gland is then used to accelerate the process.  A duplicate can be made in as little as 48 hours, but the quicker, the more errors.  When the fetus begins to develop its own blood supply it is immediately removed from the cow after its blood is drained from it with literal laser precision.  This is where the cattle “mutilations” originate—the womb will always be missing. 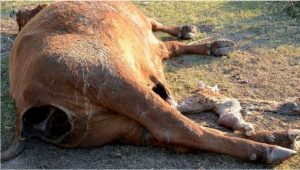 The fetus is now grown in a vat of liquid until of suitable age.  A holographic camera will have been used to take an “image” of the target’s memories and this will be imprinted into the clone’s brain.  You now have an identical copy of the target, complete with memories but the mind of an infant.  This is only suitable for use in controlled circumstances.

The most famous error I know of of a public malfunction was President Carter (the first president cloned) claiming at a press conference he had been attacked by a swamp rabbit.

This so disturbed the powers that be that they arranged a photo shoot to prove this had actually been the case, although they also claimed it was a joke.

Another option is holograms.  Are you aware of tweet from Rudy Giuliani coming clean and confessing and warning people that if someone who sounds like him denies this information and claims that holograms are not real, then he has been replaced?  This is why they always malfunction in Hollywood movies, so it remains “fiction.”

I have done my own analysis on Putin.  He has a unique discoloration in his iris that is easily recognizable in his official portrait during his time in the KGB.  That feature can be tracked from then until present.  So it cannot be a double.  It cannot always be a hologram.

It cannot be a clone, because such a being cannot handle itself as well as Putin does in interviews and other public appearances.  I think he is still alive and prospering as Russia’s leader.

For those who think this man is too jolly for the old dour, serious Putin—people change, especially after a life-changing experience such as his near death experience during a car crash.  Or maybe because, according to Russian scientist Valery Uvarov, he was a changed person after a pyramid-shaped UFO hovered over the Kremlin for days (just search for “Pyramid Over Moscow” at YouTube).

Hope this is useful.
—GS

For years I have been hearing stories about clones, often from credible sources.  For example, a Chinese assassin told me that he once killed his “Jewish handler,” only to have the same person reappear.

However, I still prefer to use Occam’s Razor and go with the explanation that computer graphics or lookalikes fixed up with plastic surgery are the more likely explanation.

Further comments by others:

>The fetus is now grown in a vat of liquid until of suitable age.

I guess they were cooking up an MbS in a vat for the past 33 years?  That’s planning ahead!

>Are you aware of a tweet from Rudy Giuliani coming clean and confessing? 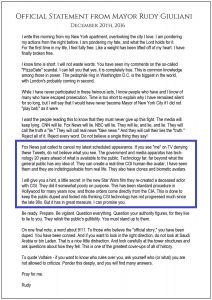 That’s not a tweet, it’s a document.  Tweets are 140 characters. Here is what Giuliani had to say about some of his other tweets:

“I didn’t tweet that.  That’s not my tweet.  I never said that.  That’s somebody pretending to be me.  There are about four of them out there that pretend to be me.”