If these Dutch passports were found near Asian dead bodies, it can only mean one thing—that the Dutch Cabal government, through its Embassy in Kiev, has cooperated on this along with the Kiev Nazi whit Victoria Newland, CIA war moron.  This fits together with the intelligence that the coup in Ukraine was committed by the Deep State and the EU to give the globalists a chance to start a war against Russia.  Such a war would conceal the bankruptcy of the fiat money system and create many victims. 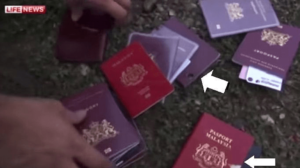 Our deceitful politics are 100% involved in this in order to defend the interests (Shell) of a fake king.  This man is not a legitimate heir of the bloodline, but a fraud. 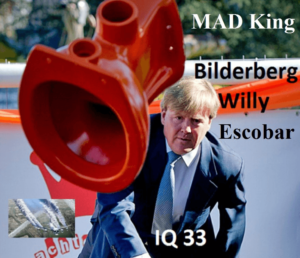 The DNA of his niece, the daughter of the sister of Beatrix, Margarita De Roy van Zuydewijn, has been tested in the Ukraine to see if it matches the Romanov bloodline.  This test indicates that this is not the case.

The UN whistleblower Frans Timmermans had given insider information, and in addition to his function as Minister of Foreign Affairs, has written a book about it.  When people started reading it, they realized he could never have done this in such a short time with his function, which is why the book was taken off the market.  For this, he became the second man in the EU, directly under the alcoholic Jean-Claude Juncker.

The royal family and the EU are die-hard Nazis who are involved in drug production in Afghanistan.  The Dutch Bilderberg Cabinet had previously concluded the Kunduz agreement.  The drug production is distributed by military flights via the Dutch islands in the Caribbean.  Banks have laundered this money for the fake king and his Mafia government in The Hague. 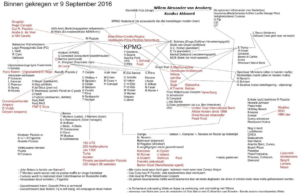 In the Netherlands, hospitals such as the Slotervaart Hospital have gone bankrupt producing heroin for this crime group.
https://www.nu.nl/binnenland/4162675/ziekenhuis-slotervaart-maakt-miljoenenwinst-met-productie-heroine.html

Politicians Edith Schippers, Minister of Health, and her husband were on the Board.
https://www.parool.nl/nieuws/welke-rol-speelde-echtgenoot-minister-schippers-in-slotervaartziekenhuis~ba23ff5b/?referer=https%3A%2F%2Fwww.google.com%2F

Our entire political structure is so corrupt that they are even given housing for their services, which ruins us as a population.
https://www.rtlnieuws.nl/nieuws/nederland/artikel/4287056/om-stopt-onderzoek-naar-schenking-flat-pechtold

The murder of Marianne Vaatstra was ordered by fake Queen Beatrix von Amsberg from the Korlaar brothers, for which € 500.000 was paid.
https://www.youtube.com/watch?v=0YfNAGpivAc
https://www.ellaster.nl/2016/11/17/anne-marie-blijenburgh-kindermoord-nederlandse-kroon/

If you want an idea of what the Dutch Cabal looks like, here’s a photo: 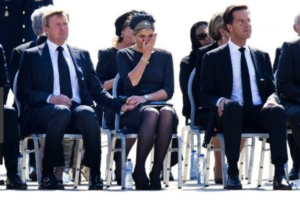 Now the awareness around the world is going to bring about big changes which will disable the whole Cabal.

We can wait for the derivatives bomb to burst, and for the entire fiat debt system to be replaced by a gold-backed value unit.

We are waiting for the derivatives bomb to destroy all the central banks this summer, thereby freeing mankind from the Cabal.
https://www.youtube.com/watch?time_continue=1&v=R6KncQ6RlX0

If the new money system is to be controlled by the QFS to guarantee the gold-backed value of money, it will be the liberation of mankind.

We have almost finished the ride.  The Quantum Financial System (QFS) will take over the central bank system after the crash.  This will ensure that we are rid of the satanists of the Cabal.

The possibilities of a QFS are at a level that our data system can be compared to the Stone Age.  The new Quantum Financial System works with subatomic particles which can even read the personal force field of each person and recognize their intentions.

No wonder politics can’t be a part of this.  All their intransigence to keep us in their power will fail.  Even the EU has been sidelined immediately.

The manipulation by the banks and exchanges will no longer be able to function and can be switched off within a fraction of a second.

Forget the misery that Cabal member Prime Minister Mark Rutte has in store for us.  It’s not going to happen, if you pay close attention to what the QFS can do.
https://www.youtube.com/watch?v=kEJBxotcxRw

The old system is destroying itself.  The fall of Deutsche Bank will be the redemption for us, where the whole old money system will be gone forever.

If all the sovereign 209 countries participate in GESARA, it means that the corrupt EU does not get any money, because the EU is not a country, but a continent founded by the Nazis.
http://www.relay-of-life.org/en/2016/09/european-history/

Dr. Rath’s Lecture on Cancer and the Cause, uncovering the EU.
https://www.youtube.com/watch?v=CfXA-jXJQrE

The approximately 100,000 sealed indictments from the Trump administration will arrest the guilty parties and bring them to justice.  They will never get away with it, because the population could also be left to pick up and kill this Cabal itself.

Due to the actions of Prince Bernhard von Lippe, nobody signed the capitulation of Germany (the Hitler Cabinet) on behalf of the Dutch Head of State or Government, and nobody attended the signing by the unauthorized German General Johannes Blaskowitz and the Canadian General Charles Foulkes.

That is why in the Netherlands since then, the prime minister, the ministers, the state secretaries and commissioners of the king or queen, and the mayors have not been elected, but have been sworn in or appointed by the Head of State.

The book also mentions the Dutch submarine K XVII which would have been blown up by Creighton on 7 December 1941.  In a conversation with Ian Fleming, in Chapter 9 memories of the submarine are retrieved and in an appendix, a letter refers back to the incident.

The decision to destroy the Dutch submarine was made when it discovered the Japanese fleet on its way to Pearl Harbor on November 28, 1941.

The Dutch commander, Itz.1 H.C. Besançon, immediately sent an encrypted message to the British Navy leadership.  This message was intercepted by the cryptographs of Section M that passed it on to General Donovan in Washington, D.C. and Major Desmond Morton of the American and British secret services.  Both informed their leaders, President Roosevelt and Winston Churchill.  These five people were aware of the imminent Japanese attack, which had to be kept strictly secret.

At that time, 80 percent of the American population were isolationist and strongly opposed to a war with Japan or Germany.  Roosevelt wanted a war with Japan, but could not declare war without a valid reason.  The surprise attack on the battleships in Pearl Harbor would give him that reason.

Queen Wilhelmina, as successor to Adolf Hitler, appointed the first post-war cabinet, the Schermerhom-Drees cabinet, consisting of ministers of the SDAP (in 1946 merged with the VDB and CDU in the PVDA), the CHU’er Lieftink (later PVDA), and RKSP (better KVP), as well as five non-party ministers, two of whom later became PVDA members.

Under her leadership, the Hitler Cabinet was thus continued as an illegal head of state.  This successor Hitler-Kabinet was a fake “Royal” cabinet and is also called the “Emergency Cabinet.”

Editor’s note:  This letter was originally posted as an attachment to the Weekly Report of June 3, 2019.  It has been re-rendered here as a Letter to the Editor, with some polishing.