The biggest battle was an attack on the underground base complex near Palm Springs, California.  This was where self-described Satanist leader Leo Zagami fled to avoid arrest in Italy.  Zagami claimed he could summon demons and admitted to eating human fetuses, and has been leading a campaign against Pope Francis.

The attack on the underground base was reported in the news as a swarm of close to 600 earthquakes. However, these bore the telltale signs of being caused by explosives and not natural processes, according to U.S. Geological Survey sources. https://temblor.net/earthquake-insights/californias-salton-sea-rumbles-again-11826/

Pentagon sources also say “over 1,600 Israelis may have received extra-judicial treatment as protests against Bibi [Crime Minister Benjamin Netanyahu] continue.”  Furthermore, Israel has been exposed for trying to start World War III by fomenting a dispute between Azerbaijan and Armenia,” the sources say.  Israel is being forced to sign the nuclear non-proliferation treaty and de-nuke as a condition for Middle East peace, they add. https://www.ynetnews.com/article/HJK2bD8ID

“The attacks began after U.S. President Donald Trump declared a national emergency on the first day of the fiscal year 2021 [October 1, 2020] and then left the White House to man battle stations for Red October,” the sources say.  It was also on this day that U.S. “doomsday planes” were sent airborne as a sign of preparedness for all-out nuclear war. https://www.chron.com/news/article/Pentagon-stands-ready-to-defend-our-country-in-15616134.php

This offensive was telegraphed in advance on the Trump-anon (mislabeled Qanon) website with the following pictures. One shows a Mickey Mouse watch with hands pointing at 10 and 2 to indicate October 2nd. The other is self-explanatory. 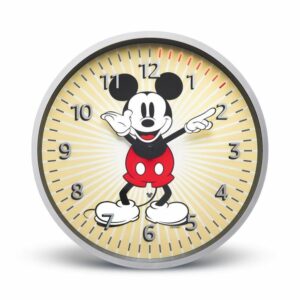 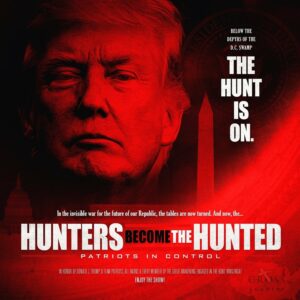 However, Trump remains in imminent danger of assassination, multiple sources say.  The biggest threat is from his son-in-law Jared Kushner, P3 Freemason, and MI6 sources agree.  “The Trump business is confusing but there does seem to resonate some theory about him evading assassination….that dreadful Kushner was on the runway with one of the Hicks,” MI6 sources note.  They were referring to an un-named relative of Trump PR assistant Hope Hicks, who allegedly was responsible for contaminating Trump with a Mossad poison, hence the Covid-19 positive test result, the sources say.

The P3 Freemasons are saying they would prefer to have General Mike Flynn as President and Mike Pence as Vice-president. That’s because these individuals support their goals of a world republic and world peace.  Jesuit sources say Pence has been flown to North Korea for personal protection.

Regardless of how the Trump offensive goes, MI6 notes:

“The U.S. is a rogue state on the verge of all-out civil war with the general fabric of society in tatters and vast tracts of the country in a state of ruin.  It would not be beyond the realms of possibility the sitting president would be killed as part of this.”

It is also worth noting that the Tokyo Stock Exchange shut down due to a “glitch,” on October 1st, the first day of the United States of America Corporation’s fiscal New Year. https://edition.cnn.com/2020/09/30/investing/global-stocks/index.html

According to Japanese military intelligence, the real reason the TSE was shut down was to…