The battle for Planet Earth is intensifying on all fronts.  Last week the Chinese attacked Taiwan because the U.S. military gave the Joe Biden CG puppet president a new script.  We received direct confirmation from a U.S. three-star general that “the U.S. military knows the election was stolen; all hell is about to break loose.”

Now China has suffered a major defeat in an air war and “Taiwan is now effectively an independent country,” according to Japanese military intelligence.  The news item below about a Chinese “mock attack,” against a U.S. aircraft carrier was actually about a real attack that was decisively repelled, the sources say. https://www.express.co.uk/news/world/1391053/World-War-3-news-Taiwan-Chinese-China-USS-Theodore-Roosevelt-conflict-Joe-Biden-ont

They say these news items reflect a real air war going on between the U.S. and Taiwan and China, with possible assistance from Iran. https://news.trust.org/item/20210131124958-22pto

What people need to understand is that Communist China is run at the highest level by the Khazarian Mafia headquartered in Switzerland.  Remember, Communism was a Jesuit invention and the P3 Freemasons who run the Jesuits say they report to an alien entity known as the Black Sun.

Take a look at this article noting that there is very little real information about Chinese President Xi Jinping. https://www.theatlantic.com/international/archive/2021/01/xi-jinping-china-biography/617852/

The fact is, that, according to high-level Asian secret society sources, Xi was chosen because he is tall and would look good in a G20 photo shoot.  He is a symbol, rather than a genuine leader.  Furthermore, the sources say, the original Xi was killed after the electromagnetic attack on Wuhan, China in early 2020.  The person now appearing in public is his younger brother, who has a very similar appearance.

What is now going on is that the U.S., Russia, and China all now have figurehead leaders who act as spokespeople for collective leadership.  In other words, the real leadership works in secret and behind the scenes.  This is not meritocracy because real meritocracy would be completely transparent and anybody, from the most remote goat herder on up, could try to climb to the top.  In such a system everybody could see exactly who got to the top as well as why and how they got there.

As this report was about to go live we were contacted by a trusted Russian FSB source who said China and Pakistan decided to merge politically, economically, and militarily.  The decision was made to counter a U.S. build-up of India that was meant to weaken China, the source says.  We will try to confirm this with Asian Secret Society and other sources and let readers know if we get confirmation.

Taiwan is run by the traditional, native, Earth-human leadership of China and moves are afoot to liberate Mainland China, along with the rest of the world.

What we are dealing with is something, as described in a secret Apache leadership meeting last week as “the final battle against a 5,000-year-old evil that has invaded our planet.” 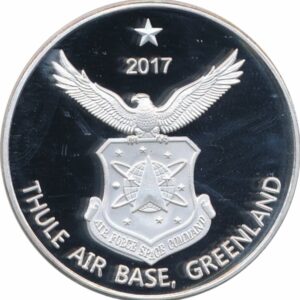