Last week on its 100th anniversary the Chinese communist party bragged about its success.  At the same time, U.S. patriots gathered on July 4th for their 245th Independence Day celebration.  While the U.S. may seem down and out now, rest assured as soon as they remove the Khazarian Mafia parasitic infection, as the Chinese did in the late 1970s, the United States will be back.

So, this week we will talk about the secret Chinese independence war against the Khazarian Mafia in order to find hints on how to liberate the United States.  We will also present a data dump from the Russian FSB on the Khazarian Mafia mind control vaccines being foisted on the hostage peoples of the G7 countries. 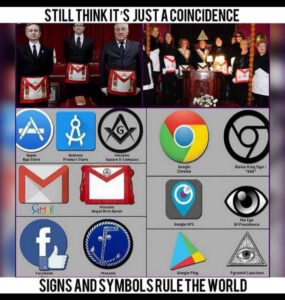 From 1950 until the early 1970s communist China was a Soviet colony.  Their puppet, Chairman Mao, was a disaster.  Among many other crimes, he presided over the deaths of at least tens of millions of people with his disastrous great leap forward.  Things only changed after the Chinese obtained their own nuclear weapons.  As soon as they had a nuclear deterrent, they kicked out all the foreign communist advisers and relegated Mao to a powerless, ceremonial role.

Many of these communists had nowhere to go since most Western governments would not take them back.  Some of them ended up in the Asian studies department of the University of British Columbia and I studied under them there.  It is from them, as well as from members of Asian secret societies, etc. that I learned much of this hidden history.

In any case, there was a violent power struggle inside China during the 1970s including Mao’s cultural revolution counter-attack.  It ended when Mao died and Asian secret society member Zhou Enlai’s disciple Deng Xiaoping took power in 1978.

The Khazarian Mafia tried to re-assert its control in 1979 by sending in a giant Soviet tank army.  This was destroyed by a Chinese hydrogen bomb (according to Chinese military intelligence sources) and China became, for the first time since the opium wars, an independent country.

When China became independent, Deng Xiaoping went to Japan to study Japan’s economic model under such teachers as Matsushita Konosuke (the founder of Panasonic).

China copied Japan because it had developed a hybrid central planning/capitalist system that resulted in decades of double-digit economic growth.  By 1985 Japan had the highest per capita income on earth and the lowest gap between the rich and the poor in any OECD country.  Despite this economic growth, the rivers and parks in downtown Tokyo were filled with fish and wildlife.

George Bush Sr. and his fellow Khazarian Mafia Nazi faction members forced Japan to dismantle this system.  However, China kept using it and that is why they have now overtaken the West.

Let us quote a bit here from Chinese President Xi Jinping’s victory speech last week where he describes the system the Chinese claim credit for but was actually developed by pre-war Germany and Post-war Japan:

This enabled China to transform itself from a highly centralized planned economy to a socialist market economy brimming with vitality, and from a country that was largely isolated to one that is open to the outside world across the board…to conduct sound, democratic, and law-based governance…

We will develop whole-process people’s democracy, safeguard social fairness and justice, and resolve the imbalances and inadequacies in development and the most pressing difficulties and problems that are of great concern to the people…

China upholds the basic…principle of seeking truth from facts…we are also eager to learn what lessons we can from the achievements of other cultures, and welcome helpful suggestions and constructive criticism.  The Chinese nation does not carry aggressive or hegemonic traits in its genes…

We will work to build a new type of international relations and a human community with a shared future, to promote the shared human values of peace, development, fairness, justice, democracy, and freedom within a wider context of the once-in-a-century changes taking place in the world.” http://www.xinhuanet.com/english/special/2021-07/01/c_1310038244.htm

There is a consensus now among the military and intelligence agencies of the West that the only way to avoid becoming Chinese vassals is to carry out reforms that will lead to an even better system.  Do not forget it is the West that invented such things as cars, airplanes, computers, the internet, etc.  Once we are freed from the Khazarian Mafia, we will leave the Chinese behind in the dust.

However, before this is possible, we need to win the war against these incredibly evil, powerful, and clever gangsters.  White Hat members of the Russian FSB, Mossad, the CIA, and MI6 have provided us with plenty of evidence about what these gangsters are up to and who their leaders are.

Let us start with this document sent by MI6 describing the next planned moves in their fake pandemic real vaccine campaign.  This secret document by Neil Ferguson https://www.imperial.ac.uk/people/neil.ferguson of London’s Imperial College of Medicine was sent to “Nick Clegg (Facebook), Jack Dorsey (Twitter), Susan Wojcicki (YouTube) and Sundar Pichai (Google/Alphabet)” among others and calls for…