A series of arrests, executions and resignations worldwide signal that a major offensive against the Khazarian mafia is underway, multiple sources confirm. The head of Germany’s central bank, the Dalai Lama, Klaus Schwab and many others are among those being removed, the sources say. In addition, the secret governments of England, Germany, Ireland and Japan have been replaced.

Here is intel received from multiple sources, including some at the top of the G7 Western political structure: “The militaries worldwide have been given the green light to move. They will be active in every country. It’s the good guys taking out the last of the bad guys. It started this weekend and will roll out for the next 2-3 weeks…there may be intermittent outages in power, water, internet and phones –be ready.”

Simon Parkes, who has his own sources, says EU hotels are booked with soldiers. He also says New Zealand citizens have been told to stay indoors and expect to hear “explosions, shooting and children screaming.”

Before we go into the evidence of changed governments in other countries, let us look at the evidence that the Satanic “Biden” regime is about to be taken down. Remember the Qanon post about “Red October?”

Well CIA sources are telling us the widely publicized shooting by movie director Alex Baldwin of Halyna Hutchins with a “prop gun,” is a signal. Let us connect some dots: 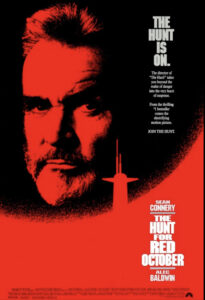 She was a Ukrainian spy whose husband is a lawyer defending the Clintons.

The set where she was shot is about 30 minutes from Epstein’s 33k sq ft Zorro ranch in New Mexico — the same one that had computer rooms the ‘size of houses’ to spy on guests including Prince Andrew, when he allegedly stayed for a week there. 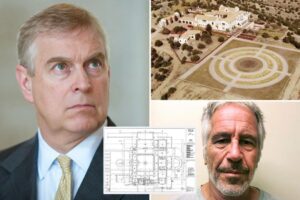 Dave Halls, the assistant director who handed the gun to Baldwin, was the second unit’s first assistant director on The Crow: Salvation, the sequel to the film in which Bruce Lee’s son Brandon Lee was killed in an on-set firearms mishap in 1993. Just a coincidence?

In what may also be related, a Pentagon source says Grant Woods -an attorney general for the state of Arizona was removed from office by the feds- who was a fixer for the traitor John McCain, was found dead today cause unknown. “This was a really bad guy,” he notes.

For those of you who prefer more concrete evidence, let us point to a recent Pew opinion poll that shows 85% of Americans “believe their political system needs major changes or needs to be completely reformed.” Similar numbers were seen in countries like Belgium, France, Greece, Italy, Japan, Spain and South Korea. You can be sure the military/intelligence community is paying attention.

This is how British MI6 intelligence sees the situation: “The Federal Reserve families are absolutely bankrupt but bankruptcy has not been declared. All the governments have to go because of stealth state capture by [satanic] fifth columnists. There is no way in the world that the standing governments can remain.”

If so, the big question is what is going to happen to the Chinese Communist Party. “The CCP would be the trigger