After a year of reeling under a fake COVID 19 pandemic attack, the good guys are on the offensive around the world against the Khazarian Mafia (KM). This is happening in Europe, the United States, Japan, China and elsewhere. The results are reflected in such things as the rebirth of the Soviet Union, the collapse of Hollywood, the liberation of Japan etc. If all goes according to plan, humanity will be liberated in 2022.

Let us start with the rebirth of the Soviet Union. This was seen when the KM suffered a stunning defeat last week as they lost their ancestral homeland of Kazakhstan, multiple sources agree. The country was attacked by “20,000 very well trained, organized and centrally commanded gangsters and terrorists,” many of whom were “speaking non-Kazakh languages,” according to President Kassym-Jomart Tokayev.

This caused the Collective Security Treaty Organization (CSTO), consisting of Russia, Armenia, Kazakhstan, Kyrgyzstan, Tajikistan, and Uzbekistan to send troops to help Kazakhstan. As this map shows, the result was the de facto restoration of a large chunk of the Soviet Union.

More importantly, the failure of this attack means that the fake Biden regime in the United States is now doomed. One close Biden buddy, the ex-intelligence chief of Kazakhstan, Karim Massimov, was arrested, while another, the ex-president of Ukraine, Petro Poroshenko, had his assets frozen. 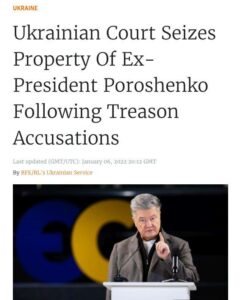 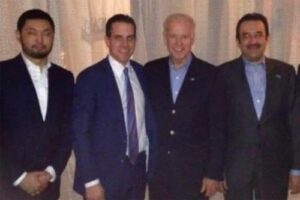 This freezing of assets will cut off a lifeline of drug, arms and human trafficking money essential to the survival of the fake Biden government.

The KM, realizing they were about to lose their money-laundering base in the Ukraine, tried, and failed to take over their ancestral homeland in Khazakhstan, Russian FSB and MI6 sources explain.

This means the last country the KM now control is Israel. “Israel is going to have to beat the living daylights out of the KM. It will come down to the Jewish people to say ‘I am sorry we can’t host you.’ The KM are not Jewish, these are fake Jews, they are hiding behind a pretense. They kill right, left and center they steal, they defraud,” said a (Jewish) MI6 source.

Here is an example of the sort of human sacrifices to Molech these non-Jewish Khazarian gangsters are into:

The numerology of 19 dead in a 19 story building, on 1/9 etc. is a dead giveaway. However, unlike the events of 911, their most recent fire sacrifice will not save them because too many of us are now aware of their evil ways.

These changes are possible thanks to the defeat of the Nazi fourth reich -under the rule of Fuhrer George Bush Sr- that arose after 911, MI6 and CIA sources say. The execution of the entire Bush clan and the resignation of Angela Hitler are visible signs of this defeat.

For those of you new to this true -but hidden- history, Hitler was one of the founding fathers of Israel. His job was to terrorize the Jews into leaving their European homeland and going to Israel to be KM slaves.

In any case, while Russia and NATO pretended to be enemies, they were actually allies against the fourth reich. Now, in victory, they have reached a secret deal that will