We would like to congratulate Her Majesty Queen Elizabeth II on the occasion of her Platinum Jubilee and look forward to her Diamond Jubilee. She has done a lot behind the scenes to help liberate humanity.

The war to liberate humanity from an ancient Satanic cult is proceeding very well. In the biggest move last week, Turkish President Recep Erdogan was detained by white hat alliance members while he was visiting the Ukraine, CIA and Mossad sources report. In Canada, toxic vaccine pushing Crime Minister Justin Castro is on the run and may have already been captured, Canadian Secret Intelligence Service sources say.

Meanwhile, as the West continues to be paralyzed by its undeclared civil war, China is starting the year of the tiger with some very big moves, notably an accelerated attempt to take over Latin America.

There is also a lot more going on elsewhere but let’s start with Turkey. News reports confirm Erdogan is “Isolating after testing positive for Covid.” This of course is the new expression for high-level political arrests:

This happened after would-be Ottoman emperor Erdogan went to Ukraine last week to meet with Ukrainian President Volodymyr Zelensky. Here is what right-wing Turskish media had to say about his intentions:

Ukraine cannot stop Russia. But Turkey can. This is how calculations and, thus, plans are made. If they succeed, a war between Turkey and Russia will become inevitable. This signifies the destruction of both countries. The U.S. and Europe will be the only victors.

Here is the raw intelligence from the white hats about Erdogan’s arrest:

“There is much more going on behind the curtain regarding that meeting. It looks like Erdogan is obtaining intel to pass on to Putin. Erdogan owes Putin a few favors as you know. Going back to the ‘accidental shoot down’ of a Russian Sukhoi SU-24 jet near the Russia/Syria border back in 2015. Testing Covid positive for Erdogan and his wife is a way for the alliance to have a very private and confidential discussion with Erdogan. This is an eyes-only meeting. No media of course. What Erdogan passes on to the Alliance will determine his future. As you know his health is not up to par”.

The capture of Erdogan is very important because the Satan worshipping Khazarian mafia that seized power in the West came via the Turkish self-proclaimed messiah Sabbatai Zevi. If the alliance finds out Erdogan is fighting against the Khazarians, he will become an important ally. If he is one of their agents, he will die of Covid, the sources say. Either way, it will be a serious blow for the KM. 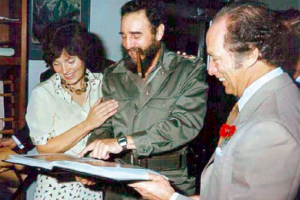 His wife Margaret Sinclair is from the Satanic Sinclair family of Rosslyn Chapel fame. The picture of her displaying her Canadian beaver to the public at New York’s Club 54 tells you a lot about what sort of upbringing she had. 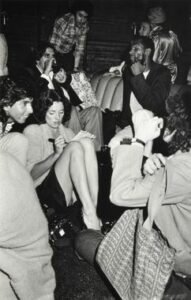 The son she had with Castro, Justin 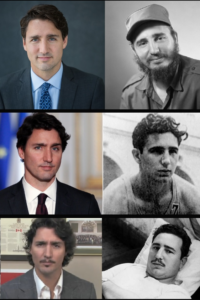 Here is a photograph taken of Trudeau in 2022 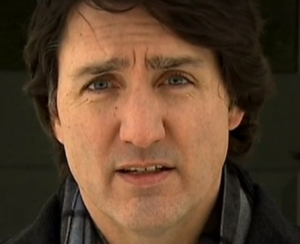 Below is a picture of him in 2019. Note the teeth are different. 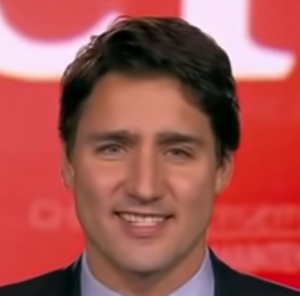 has a string of corruption scandals behind him that is so long we will not deep dive into it here. Suffice it to say he is a pedophile who paid $2.25 million to a very young student of his who he had statutory rape with.

Justin Castro is a communist Manchurian candidate whose job was to turn Canada into a Khazarian slave camp. That is why Castro refuses to talk with the truckers but was happy to talk to the communist front of Black Lives Matter (whose leadership is mostly white). This is the same BLM that recently transferred millions to buy a mansion formerly owned by the communist party.

Finally, we can see that the Trudeau we are seeing on screens now is very different from the one we saw last year. This means either he has been captured and the KM are using computer graphics or, the White Hats have replaced him. Events will show which is the case.

In any case, God bless the truckers, farmers, cowboys etc. who stood up to liberate Canada and inspired similar movements around the world. Here, for example, we see a German truck convoy getting ready to free the German people.

The Khazarian mafia’s attempt to use Covid and their control of Western Medical Associations to install slave regimes is now collapsing everywhere.

This corporate news item shows how a hasty retreat from Covid continues.

Copenhagen (AFP) – The World Health Organization on Thursday offered Europe hope of a “long period of tranquility” and even “enduring peace” in the coronavirus war, with a growing list of nations lifting almost all Covid curbs.

Speaking about Japan, last week representatives of the White Dragon Society met with a senior Japanese general sent by the Emperor as well as with a Russian representative. An agreement was reached to