There are multiple reports coming in from all directions indicating the war for control of the planet earth, one that has been literally raging for thousands of years, is coming to an end. The battle over the Ukraine will be seen by future historians as the last stand of the Satanic Khazarian mafia that has been plotting to turn the entire planet into a giant animal farm ruled by them.

Once humanity is liberated, a massive campaign to make immortality on this earth real is set to begin, white hat sources promise. The quarantine on the planet earth will also be ended and earth life will be allowed to colonize the universe. This will make the Cambrian explosion (when multi-cellular life suddenly emerged) seem like a firecracker in comparison, they say.

The dark side is trying to stop this by killing 90% of humanity and destroying much of the natural world. In other words they are planning ecocide as well as genocide. An example is the push to convert the worlds’ automobile fleet into so-called “eco-friendly” electric motors. To do this, you must dig up 500,000 pounds of the earth’s crust for ONE battery.

Here is an example where Ukrainian 24 TV Network (Owned By Oligarch Akhmetov) presenter Fahruddin Sharfmal is calling for genocide of Russian children saying “In order to destroy a nation, you must destroy, first of all, children.” He has been taken into custody by Russian special forces, FSB sources say. 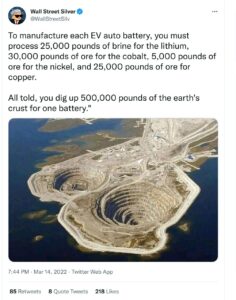 By contrast we could use home solar panels to convert water into hydrogen, powering cars that leave water vapour as a residue. This of course would deprive the Khazarian Mafia of a centralized control over energy and thus over the worlds’ economy. They are trying to kill us all before we figure things like this out, hence the ongoing war.

Anyway, let us now look at the current state of the battle to liberate humanity. Here, the biggest move last week was an Anglo-German peace proposal made to Russia last week, according to MI6 and German intelligence sources. The proposal calls for a return to the pre-1914 borders of Germany. It also proposes using the Dneiper river (see map below) as the de-facto border between Eastern and Western Europe.

This was the Russian FSB’s reply to this proposal:

“[Russian President Vladimir] Putin intends to break down the EU into two parts, unite the Slavonic nations and bring an end to NATO. It has been used by the US as an attacking and not a peacekeeping force.

France and Germany should support this, otherwise they will not get a gas supply.”

In other words, the Russians want to resurrect a version of Yugoslavia and take Bulgaria out of NATO.