In an echo of History, Angela Hitler gathered her lieutenants at her father’s castle in Bavaria to vow to fight the last Ukrainian in the face of inevitable defeat by overwhelming Russian forces. This so-called G7 meeting is part of an emergency gathering of Khazarian mafia leaders who now face both military defeat and war crimes tribunals.

A look at the situation in Europe, the US and around the world makes it very clear we are dealing with the end of an era. Even the Jerusalem Post, the flagship newspaper for the former Khazarian mafia stronghold of Israel, admits this now:

We are nearing the death of the old geopolitical system and of the world order that has kept repeating itself from the medieval ages.

It seems, finally, that this cycle of plague, war and famine will be the last of Western hegemony and the birth of a new world order, a new world order which will probably bring back the balance of power to Asia and Africa, which were the centers of global wealth and power long before the industrial revolution.

Let us start with the situation in Ukraine. In a sign of total military defeat, Ukrainian “recruiters” are now snatching people from their houses, the streets, restaurants and entertainment facilities and sending them untrained and poorly armed to the front lines. “A large number of seasoned Nazis were put out of action and those reservists who are now sent into battle aren’t fit for the task,” military expert Colonel Viktor Baranets told RT.

Grabbing people off the streets and putting them into ditches to get killed by artillery is a clear sign of the imminent and total collapse of the Ukrainian military.

Both Japanese and British military intelligence say the whole so-called war is a marketing operation so the arms industry has an excuse to buy new weapons and keep itself afloat.

Japanese military intelligence says what is happening is that NATO is dumping it’s old and about to expire weapons stocks. The old weapons are all going to Syria and Afghanistan, not Ukraine, they add

“NATO is de facto The North Atlantic Arms Trade Organization even if under various other guises,” an MI6 source agrees noting “The Russo Ukrainian Conflagration is, in fact, the NATO Russo Conflagration intended to make a market.”

It is more than just arms sales though. What is really happening is the collapse of the EU and the United States of America Corporation, which are brand names of the Nazi Fourth Reich, the sources say.

The Nazis then counter-retaliated with the Frankfurt-based election fraud which installed as President “a Joe Biden who was too incapacitated to know what was happening.” The source adds that “to my knowledge, nobody in the world listens to a word the man says.” This whole Nazi Biden counter move has led the US “a car wreck beyond repair and essentially a failed state.” 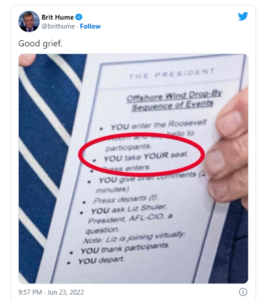 What we are likely to witness over the coming weeks or at most months is the complete surrender of Europe, multiple sources agree.

However, according to both the NSA and MI6, last Sunday night the world came very close to full out thermo-nuclear war when