There was a coordinated takedown of the Khazarian mafia worldwide last week just as G20 officials were gathering to discuss replacing the UN Security Council with a new world grouping.

The assassination of former Japanese Prime Minister Shinzo Abe (see below for details) and the messy removal of British Prime Minister Boris Johnson and the destruction of the Georgia Guidestones were the most visible parts of this KM takedown. However, there has been a lot more going on. For example, the governments of Estonia, Ireland, 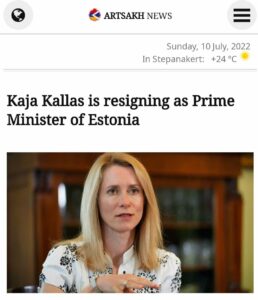 Israel and Sri Lanka also fell. We also have Dutch farmers completely shutting down the country.

Also, it is clear that the two largest remaining KM puppet regimes, the fake Biden administration in the US and the criminal regime of Emmanuelle Macron in France are also about to fall.

In France, Macron’s party lost the parliamentary election and now a criminal investigation against Macron has started. On the surface, it is a story about Macron lobbying for Uber but that, like Boris Johnson’s parties, this is just a pretext for the removal of a corrupt and compromised ruler.

In the United States, the Joe Biden show has become so farcical that even KM propaganda media outlets like the New York Times and Washington Post are starting to question the whole show. There is clearly some group that is deliberately using the actor pretending to be Joe Biden to make a series of blatant errors in order to wake up the last of the brainwashed sheeple 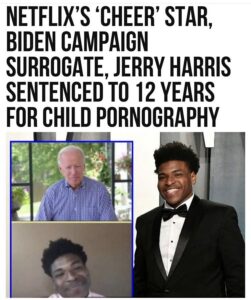 Russian Presidential Avatar Vladimir Putin summed up the world situation as “the beginning of the fundamental collapse of the American-style world order…of the transition from liberal globalist American egocentrism to a truly multipolar world.”

Putin also said most countries did not want to follow the Western model of “totalitarian liberalism” and “hypocritical double standards.”

“Russia and its president Vladimir Putin are conducting this struggle in the name of humanity, against the terroristic and hostile alliance known as NATO,” Venezuelan Foreign Minister Carlos Faria has said, reflecting the views of most countries.

The G20 meeting last week in Indonesia proved that when the huge majority of countries insisted on an end to the US (KM) led world regime.

In any case, we will start with an in-depth look at the assassination of Abe because there is a lot more going on here than has been reported elsewhere. In fact, what happened to Abe can even, without exaggeration, be described as biblical.

To be specific, it represents a move by the Three-Legged Crow (Yatagarasu八咫烏) a Japanese secret society that shares at least a 3000-year history with the people who wrote the Old Testament of the Bible or the Torah.

There is only so much background we can get into here so, we will provide a very rough sketch. Members of the Japanese imperial family and of the Yatagarasu say they are descended from the Pharaohs of Egypt just as are the members of the Swiss-based Octagon group who control monotheism. As evidence of this, the earliest parts of the Bible and the oldest Japanese writings are basically the same.

These groups went their separate ways thousands of years ago but agreed to form an alliance during the Meiji period, when Japan began to modernize. The public shooting of Abe was meant as a signal the deal made between the Octagon group and the Yatagarasu was no longer in force.

Abe belongs to the Southern Choshu clan that has sub-contracted the ruling of Japan from the Octagon group. The Choshu clan are the people behind the Mitsubishi group that controls 10% of the Japanese economy and is close to the Rockefeller and Rothschild families.