While Benjamin Fulford takes his sabbatical we will continue to provide the latest visuals related to project blue beam.

Over the years of reporting on the ongoing battle for the planet earth, many high-level intelligence agency types insist we are being liberated from alien control. This sounds crazy but, there is a lot of evidence something otherworldly is involved in the highest levels of government on this planet. So, this week let us take a look at some of the evidence this writer has personally encountered. 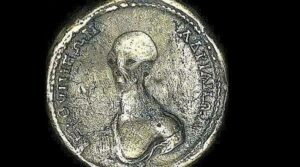 The first Western secret society to send someone to meet me was the gnostic Illuminati. Their representative told me their organization was formed after the destruction of Atlantis by the Greek mathematician Pythagoras. This group formed because they believe that whatever entity caused the destruction of Atlantis was malevolent and needed to be overthrown. They claim to recruit 6000 of the top geniuses of each generation to join them. According to the gnostic Illuminati, their conclusion was the enemy was a “rogue artificial intelligence.”

The next group to send someone was the P2 Freemasons. They sent Leo Zagami who said his group also claimed to be the Illuminati. The story they had was that they were the survivors of a civilization that was destroyed 26,000 years ago. Aliens gave them a plot to manage history that was calibrated according to the movements of the planets. This plot ran out in 2012 and ever since then, the ancient ruling cults have been ad-libbing the plot in order to stay in control.

When I visited the P2 in Italy during 2009 I met many of its members. They claim to have been in touch with aliens for millennia. According to them, what we now talk of as aliens they know of as angels, devils djinn etc. In order to contact these entities, they carry out various ceremonies. The most powerful and evil beings could only be contacted via human or animal sacrifice, they claim. Zagami and his colleagues invited me to go to Switzerland to meet the aliens they reported to. I declined because I sensed malevolent intent.

The highest ranking person Zagami said he could introduce me to in Italy was Vincenzo Mazzara, who claims to be affiliated with an entity known as the black sun. Not long after I met him, by the way, Mazzara was caught by the CIA outside of the home of a member of the Bank of International Settlements in Switzerland carrying a gun and a sophisticated lock picking device. He was beaten up and sent back to Italy.

In Mazzara’s version of events, the black sun lives in a black hole at the center of the galaxy and communicates with his group via gamma rays.

When he took me to a cathedral in Milan “to meet the black sun,” I had the powerful subjective experience of the cathedral disappearing. I found myself staring into a black abyss. It was not only dark and cold but it seemed to suck the life force out of me. The impression I got is that just like there is matter and anti-matter there is life and anti-life. What they share in common is information.

In any case, that night I nearly died as my lungs seized up. The next morning when Mazzara failed to show up for our appointment I called him. He was very surprised and he blurted out “you are still alive!” I was sick as a dog for days after this and believe I was never expected to live to tell the world what I experienced.

Some Asian secret societies also claim contact with aliens. When the head of MI6 arranged for me to meet with a representative of the Asian Dragon family, he said “if you want to talk to China, this is as high as it goes.” The introduction was arranged via the family of the former last emperor of China. This group also claimed an alien connection. They said that if humanity did not get its act together, humans would be put under a very strictly regimented regime. This seems to be exactly what they have been trying in China recently with their super lockdowns.

Another Asian group, known as the Red Swastika took me to a temple of theirs where they had solid gold altars covered in alien writing. They said General Douglas MacArthur had been affiliated with them. This group claims to have access to a portal on Mt. Tsukuba, a sacred Japanese mountain.

Yet another alien claim came from a beautiful woman who was sent to meet me by the arms dealer Adnan Khashoggi. She claimed that giant