The failure of a Khazarian mafia coup attempt in China means the UNITED STATES OF AMERICA Corporation is not going to be able to escape bankruptcy this time, multiple sources say.

This is because a new emperor -who is a direct descendant of Genghis Khan- has taken power in China, according to dragon family sources. So far, over a thousand senior Chinese officials and three generations of their families have been executed for accepting bribes from the KM, the sources say. The rest of the top levels of the Chinese government remain under house arrest until investigations are completed.

It is still not clear if Chinese President Xi Jinping has been replaced by an avatar or not, the source adds. However the real Xi Jinping has a shoulder injury from an assassination attempt in Singapore so, when the new Chinese politburo is revealed on October 16th, the thing to watch for is the presence or absence of this injury on Xi if he appears, they say. Either way, any Xi who appears will not be a KM stooge, they add. The fact that KM propaganda rags like the New York Times are now viciously attacking Xi is another indicator their attempt to take over China has failed. 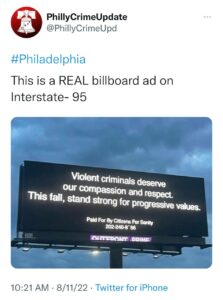 It is now clear that the Military Brigade that entered Beijing was there to defend Xi and surround it for protection. Some CCP members have been arrested and executed. The coup attempt was staged by the ROTHSCHILDs / ROCKEFELLERS / VATICAN / BLACKROCK / DAVOS GROUP ETC. in an effort to stop Chinese support for the Russian Alliance and the annexation of Ukraine. The second reason for the coup attempt was the takeover of the BRICS temporary reserve system, into which half of the world’s currencies have already shifted.

The fact that OPEC+ has decided to cut oil production by 2 million barrels per day in order to help Russia is another sign the entire non-Western world is cooperating in the effort to cut off oil and gas and thus collapse the US Corporation. Even the fake White House press secretary Karine Jean-Pierre was forced to admit “It’s clear that OPEC+ is aligning with Russia with today’s announcement.”

This effort appears to be working. One of the principal owners of the US Corporation, Blackrock International has filed for bankruptcy, Mexican intelligence sources point out.

These same sources say Russian, Chinese and other specialists have entered the US via Mexico to help US special forces hunt down and destroy remaining KM leadership and strongholds in North America.

A public sign the Mexican government has joined the planetary liberation alliance can be seen in that they are now using the Russian Glonass GPS system that the US has tried to ban.

Of course, it would be a big mistake to underestimate the KM. Russian FSB sources say that according to Federal Reserve Board documents obtained by Russian intelligence “between now and 2023 the KM will begin a massive