The battle to liberate planet Earth is reaching a dangerous stage as the Khazarian mafia uses bioweapons to try and start a war between the United States and China.  However, this plan is backfiring because both the Chinese and the white hats in the military-industrial complex know exactly who is behind the bioweapon attacks on China and now Africa. https://dailypost.ng/2020/02/07/benue-killer-disease-a-mystery-its-not-ebola-lassa-fever-or-coronavirus-nigerian-govt/

P3 Freemason sources say Israeli Crime Minister Benjamin Netanyahu is leading the latest attempt to start World War III and kill off 90% of humanity.  Pentagon sources, while not naming Netanyahu in particular, also point the finger at the government of Israel.  If the Israelis wish to avoid collective punishment, they need to hand Netanyahu and his mass-murdering accomplices over to the Chinese for interrogation, CIA sources say.

In a sign that total war has now been declared on the Khazarian Mafia, both Pentagon and Asian secret society sources have gone silent.  Multiple attempts to confirm independently what is going on in China for example, were met with “radio silence.”  One regular Pentagon source says, “Other than former Joint Chiefs of Staff chair Joe Dunford, who now sits on the board of Lockheed, there is no intel and this may continue for a while.”

There is also an unprecedented campaign of censorship going on regarding the bioweapon attack on China.  For example, the following paragraph was deleted from a Hong Kong-based news site: “The Ministry of Foreign Affairs of China has officially demanded that the United States explain why biohazard containers were found buried in the evacuated consulate general in Wuhan.  The PRC security forces cordoned off other U.S. diplomatic missions in the country.”

Only the censored version of the article missing this text can now be seen at: https://www.dimsumdaily.hk/russian-scientists-believe-america-created-the-wuhan-coronavirus-to-sabotage-china/

Also last week, the Indian scientists who reported they had found HIV viruses artificially inserted into the new coronavirus infecting China were threatened with death by Mossad agents and forced to retract their paper, according to Mossad sources.  Apparently somebody powerful in Israel is desperate to cover up the fact this was a bioweapon attack on China.

Of course, the world is not buying the story that this is a naturally occurring coronavirus.  The Muslims know what is going on, as do the Russians and the Indians.  So does everybody else, except a shrinking group of brainwashed sheeple in the West.

No matter what though, the U.S. and China are not going to be fooled into going to war with each other.  This can be seen, for example, in an official Xinhua news report about a call Chinese President Xi Jinping had with U.S. President Donald Trump that was requested by the U.S. side.  Trump said, “The United States fully supports China’s fight against the novel coronavirus epidemic, and is willing to send experts to China and offer assistance in various other forms.” http://www.xinhuanet.com/english/2020-02/07/c_138763551.htm

In fact, Trump informed the Chinese that the U.S. had arrested three individuals in connection with the bioweapon attack on China, including 60-year old Dr. Charles Lieber, Harvard University Chairman of the Department of Chemistry and Chemical Biology.

Robert David Steele, formerly of the U.S. Marines and the CIA, last week sent the following message to the Chinese about Lieber:

Weak signals are emerging that Wuhan was an act of war by Israel against China, using a double-agent, Dr. Charle Lieber, (who is Jewish and therefore especially susceptible to Zionist influence if not control) whose top student from China was embedded at Wuhan University of Technology where he was also a “Strategic Scientist.”

We are also hearing that this could have been an insider trading double-play like 9/11, also done by the Zionists.  Who benefited in the City of London, Wall Street, and Hong Kong and Tokyo stock exchanges? https://www.justice.gov/opa/pr/harvard-university-professor-and-two-chinese-nationals-charged-three-separate-china-related

In what may have been a retaliatory attack, HIV expert Dr. Frank Plummer who was “recognized for leadership roles in the Sars, H1N1 flu and Ebola epidemics,” died suddenly on February 4th. https://www.bbc.com/news/world-us-canada-51317386

However, there may be an even more sinister aspect to the attack on China that is related to a rogue artificial intelligence.  Just before the virus outbreak in Wuhan, the city installed 10,000… 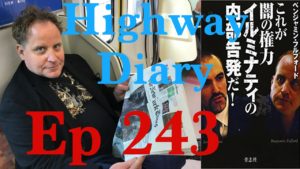 A massive hybrid warfare attack has begun on China following the failure of negotiations between Eastern and Western secret societies, sources close to the negotiations say. The attack on China is using a combination of bio-weapons, propaganda and economic warfare according to multiple sources. This campaign is being conducted in tandem with an effort to create mass starvation in India and Africa. This is the response of the U.S. Corporate government after it failed to find financing for a January 31st international payments deadline, according to European royal family sources.

The attack on China shows many signs of advanced planning. First of all, the new coronavirus hitting China is definitely a bio-weapon. Researchers in India have identified HIV insertions in the coronavirus that could only have been put there intentionally. https://www.biorxiv.org/content/10.1101/2020.01.30.927871v1

CIA-linked doctors say the insertions were made so a fruit bat virus would be contagious to humans.

Meanwhile, Chinese doctors have discovered the coronavirus is designed to attach to lung receptors that are five times more common in Asian males than in African or Indo-European males. Asian females also have less than half the amount of these receptors than Asian males.
https://www.biorxiv.org/content/10.1101/2020.01.26.919985v1.full

“They already knew this was coming. It’s the Nipah virus, and guess what, WHITES are essentially immune because we have the acetylcholinase inhibitor against the virus. They KNOW it’s Nipah. The shit is going to hit the fan once people know the mortality rate,” the CIA doctor bragged. Below are some links sent by the CIA doctor.
https://www.researchgate.net/publication/335187960_Potential_novel_inhibitors_against_emerging_zoonotic_pathogen_Nipah_virus_a_virtual_screening_and_molecular_dynamics_approach

In case you have any doubts this attack was planned well in advance, take note of this CNN article trying to pin the blame on China; specifically the Wuhan Institute of Virology.
https://www.ccn.com/could-the-deadly-coronavirus-actually-be-a-man-made-killer-disease/

According to a Mossad source:

“One thing is certain. This virus has been modified and may have all types of pathogens mixed in it. It was released as we say, accidentally on purpose. This is the last stand for the cabal. The world is waking up their lies, manipulations, never-ending wars, and Babylonian money magic. As we have the Zionist Cabal spokesman spouting off again,”

Asian secret society sources have already promised their response “will be unpredictable and worse than you can imagine.”

The Chinese are almost certain to target the regime of Shinzo Abe in Japan since it has been identified as the sub-contractor for this attack on China, according to Japanese military intelligence sources. Although pictures of Abe smiling with Nazi symbols in the background have been scrubbed from the internet, it is well known he is a Nazi.
https://www.theguardian.com/world/2014/sep/09/neo-nazi-photos-pose-headache-for-shinzo-abe

As soon as Abe was put in power (through elections stolen by the Khazarian mafia), he began building a bio-warfare factory disguised as the Kake Gakuin Veterinary College, Japanese sources say. This was staffed by disciples of the infamous Japanese fascist unit 731 bio-warfare division, they note. They also set up shop in Wuhan, according to Japanese underground sources.

Nazis, of course, were known for their plan to kill off all “non-aryan” races (the Japanese were considered honorable Aryans). That is why the attack on China is being carried out along with a plan to create mass starvation in Africa and India.

This operation is being run out of bases in Antarctica, where…

The “novel coronavirus” now infecting people in China is designed to leave those of European descent unharmed, according to P3 Freemason sources.  We have previously provided extensive proof to show this was also true of SARS.  Remember, the Nazi neocons who came to power with George W. Bush Jr.  said in their Project for the New American Century manifesto that ethnic-specific bio-weapons would be a “useful political tool.”