The unfolding geopolitical chess game between Western oligarchs and their puppet governments featured many big moves last week, notably in the Ukraine, the Middle East and the UK. These moves have, for now, left Russian Prime Minister Vladimir Putin, uncharacteristically on the defensive.

The game being played in the Ukraine, by what are almost certainly proxy mercenary forces working for the Rockefellers and the Federal Reserve Board crime syndicate, is now clearly a move to cut off Russian gas exports to Europe. First, the new puppet Fed government in the Ukraine refused to pay for gas, then, when the Russians cut off the gas, the pipeline sending gas to the rest of Europe was blown up.

This was a response by the Feds to a Russian Gazprom move to price over 90% of Russia’s gas exports in Euros, Rubles and other non-Fed currencies. Not only that, but, according to French intelligence, the Fed puppet government in the Ukraine has been given nuclear weapons and is threatening to use them if Russia moves militarily against them. This means the Feds are holding the German’s gas and the Russian’s foreign earnings hostage through threats of violence.

That is almost certainly why anti-Fed riots broke out all across Germany last week. It is also why Putin’s economic adviser publicly called for an anti-dollar alliance.

It also gives us a possible motive for the probable murder of Richard Rockefeller on Friday, June 13th.
The Rothschilds, for their part, have made a move against the other big Russian gas export pipeline running through Iraq and Syria. The ISIS army in Iraq, run by a Saudi Prince and using US supplied weaponry, has the ability to cut off Russian gas exports running through land it controls. And now it turns out that Nathaniel Rothschild has begun exporting oil out of the new nation of Kurdistan on the northern border of ISIS through Israel.

So Putin is now reeling under a Rockefeller/Rothschild double punch. It might not be a good time for Nat to fly small airplanes.

The other big moves last week were seen as a result of the visit to the UK by Li Keqiang, China’s number 2 power broker. During his visit with Queen Elizabeth, Li, who is probably a member of the dragon family, was shown a hand written message sent to the Queen by a different member of the dragon family, according to MI5 sources. The message in part

Seemingly unrelated events like the trouble in the Ukraine, the emergence of new countries in the Middle East and a never ending stream of meetings of world leaders are all inter-connected and leading to some world altering event. The event could be the announcement of an entirely different, and more benevolent, way of running this planet.

For example, the emergence of the Islamic State in Iraq and Syria or ISIS, combined with the de facto new nation of Kurdistan reflect an agreement reached between the gnostic illuminati and the White Dragon Society to eliminate the colonialist and insensitive Sykes-Picot borders drawn by the English and French at the end of World War I. The end result of this ongoing process is expected to be the birth of a pan-Islamic Caliphate or loose federation of Sunni states. There is also expected to be an expansion of Iran or the Persian Empire into Shia lands in places like Southern Iraq. Ideally, the Sunnis and Shias should then bury their 1334 year old hatchet and start friendly relations. There will likely be plenty of turmoil before this new structure, based on the history and ethnicity of the region, jells into place as different groups jostle for advantage.

The situation coming to a head now in the Ukraine, for its’ part, is beginning to look like a move to force Russia and Europe into some new arrangement. As this newsletter went to press, Russia announced it was going to cut off gas to the Ukraine. If they do that, the next chess move will be

The June 9, 2014 edition of Weekly Geopolitical News and Analysis contained a photograph of burnt bodies that we were told by MI5 were Christians massacred by Muslims. It turns out the bodies are the result of a gas tanker explosion in the Congo.
http://www.reuters.com/article/2010/07/03/us-congo-democratic-explosion-idUSTRE6620H220100703
However, the MI5 source told me that even though the photograph is wrong, there really are massacres of Christians taking place in Africa.

The emergency G7 plus Russia (but not G8) meeting last week has left the corporate government of the United States isolated from Europe and on the brink of bankruptcy. This French Government video of US corporate lackey Barack Obama meeting Russian President Vladimir Putin clearly shows Obama asking for something and being denied.

It now clear to everybody who is paying attention that the United States is bankrupt and is being kept on life support by fraud (eg. tiny Belgium buying all those Treasuries) and by the ongoing rape of Japan. This situation is untenable and the formal declaration of the bankruptcy of the United States of America Corporation is coming soon, according to Japanese government sources.

Prime Minister Tony Abbott of Australia last week suddenly cancelled long planned meetings with US Treasury Secretary Jack Lew, IMF head Christine Lagarde and World Bank head Jim Yong Kim, even though Australia is scheduled to host the G20 summit in November. Does Abbot think these US corporate government institutions will not last until then?

The declaration of bankruptcy of the US corporate government would also mark the end of a 2000 year project by the Roman Empire to create a worldwide fascist dictatorship or New World Order, multiple sources agree.

The Nazi/Zionist response to their looming defeat is to threaten to unleash over 10,000 “blonde Al Qaeda,” terrorists on Europe and the US.

The ongoing mercenary attacks in the Ukraine and the recently manufactured China/Vietnam crisis are other snarls of this dying Nazi Zionist beast.

There is also obviously something very unusual going on with the IMF, with Director Christine Lagarde asking in public if she has to “get on her knees and beg.” Ostensibly, the begging is about mistaken IMF predictions for the UK economy but, the real reason is that the IMF is bankrupt, MI5 sources say.

That is also why Lagarde talked publicly last week about moving the IMF to China. The IMF may be shopping for a new sugar daddy but, China has better options than to finance an institution with as dismal a track record as that of the IMF.
Last week was also notable in that the hitherto secretive Bilderberg Group publicly came out and said they wanted to overthrow 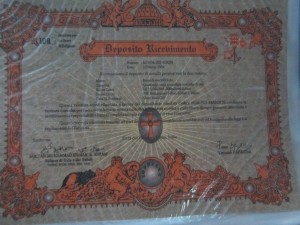