Major victories by the planetary liberation alliance are now impossible to deny. The Anglo-Saxons, Russians and Chinese have reached a deal over the Ukraine and are now ready to finish off the remaining Khazarian Mafia strongholds of Switzerland and Israel. Once these control centers are neutralized, the final liberation of the United States will take place, making world peace possible.

This viral video with over 20 million views of a Pfizer executive freaking out is good evidence of how much control the Rockefeller/Rothschilds have already lost:

Since we assume most of our readers have already seen it, we will concentrate on the important facts it reveals. These are that Pfizer has publicly admitted to creating viruses in order to sell vaccines. The other is that Google and Twitter are no longer censoring truth about Covid and Vaccine crimes.

As a result information such as this is now reaching the sheeple:

Also bombshell new peer-reviewed scientific studies have revealed what many of us knew from the beginning: 5G radiation is not only connected to the Covid-19 pandemic, it actually induces the body to create new viruses and illnesses, including coronaviruses.

And before the mainstream media gets hold of this study and convinces the masses that it is unimportant, you should know that these are peer-reviewed scientific studies published on the National Institute of Health website.

This means not only the pharmacidical companies but also the IT companies were involved in an attempt to murder a large percentage of the worlds’ population.

This sort of information is coming out in the mainstream now because the KM are losing control of the Fortune 500 companies.

However, the story runs much deeper than that. The reason Western drug companies are forced to create diseases and then sell the cures is because they are forbidden from producing drugs that make us smarter, happier, stronger etc. A pharmaceutical company executive once told me nothing would be easier than to make drugs that would increase our IQs but that they were forbidden from doing so. He also said making new recreational drugs that were not harmful “would be incredibly easy.” The reason athletes are banned from “doping” to make themselves stronger, faster etc. is the same.

It is because the Octagon group at the top of the KM is deliberately holding us back as a species. They forbid drugs and genetic changes that would increase IQ etc. They also deliberately keep our lifespans artificially short so we do not have enough time to figure out the control matrix we are subject to.

In other words, defeating the KM will be much bigger than the fall of the Soviet Union. It will change everything. Computers are said to double in processing power every two years. Humans could do the same if they wished to and were allowed to.

We are also about to be liberated from horrific slavery. For example, the US government has been subsidizing child trafficking in all 50 states. This is thanks to the “adoption and safe families act,” signed into law in 1997 by Bill and Hillary Clinton Rockefeller. Over $80 billion a year is being spent by the Federal Government for this program to give states over one million dollars for every child they seize from a family. The government itself admits that 83% of the children seized are done so under false pretenses.

It also now turns out they have been using fake drug tests to make it seem parents were “drug addicts” who had to have their children seized.

The torture and murder of these children (to harvest adrenochrome) was video-taped and used to create a massive blackmail file of power brokers in the West. There was also a massive homosexual rape and blackmail ring that existed alongside the child murders.

People who did not participate in blackmailable crimes were kept out of top jobs while those guilty rose to the top. We now know there are over 400,000 of these blackmail files, which explains why it has been so hard to drain the swamp.

However, the swamp is being drained. Western and Russian white hat special forces are now cooperating in operations against the Vatican and the Octagon headquarters in Switzerland thanks to detailed intelligence about their leaders.

For example, an insider who participated in “rituals performed at night in dark rooms,” overseen by Klaus Schwab Rothschild at the World Economic Forum in Davos, Switzerland says “the energy of

As per popular demand, we will now include subtitles on our videos, please click the “CC” button on the video below to enable/disable them!
As with the weekly newsletters, we will also allow these Q&A videos to be released for free on Thursdays. Subscribers will be allowed to share the videos on social media or their own sites on Thursdays, but must use Rumble video embedding short code. The embedding code will become available on Rumble after the video is made free.

Please leave your questions for Ben in the comment section . . .

The surrender of the Rothschilds and the collapse of the Rockefeller stranglehold over the United States of America Corporation will allow us all to live like millionaires during the upcoming golden age of hydrogen. This is the big story behind all the news about the US debt limit being reached, the defeat of Ukraine and the takedown of the fake Biden regime.

The Rockefellers have used their control (via over 200 foundations) of the Fortune 500 companies to hide the fact they are the real masterminds behind the war in Ukraine, the attempted vaccine genocide and much more. They are now being thrown under the bus.

To understand their involvement and their imminent defeat, let us start by looking at the members of the so-called regime of Joe Biden who belong to the Rockefeller-controlled Council on Foreign Relations:

The very first act of the “Biden” regime was to protect Rockefeller oil interests by canceling the Keystone Pipeline which would have allowed the American people access to reliable oil supplies not controlled by the Rockefellers.

The war in Ukraine as well can be seen as a Rockefeller attempt to force the Europeans to buy oil and gas from them and not from the Russians.

My involvement with this family began over a decade ago when I asked Japanese Finance and Economy Minister Heizo Takenaka why he handed over control of all of Japan’s stock market-listed corporations to institutions controlled by the Rockefellers and Rothschilds. These include Blackrock, State Street and Banking, and Vanguard. I was told Japan was forced to hand over its’ corporations because it was being threatened with earthquake weapons (this was before Fukushima).

The subsequent March 11, 2011 Fukushima mass murder attack on Japan also forced the country to shut down its nuclear power generation and buy oil controlled by the Rockefellers.

Years of research uncovered the fact Rockefeller interests are behind many, many crimes including the spread of cancer. At the beginning of the 20th century, only one out of 19 people got cancer. Now it is one out of every two people. Needless to say “curing cancer” is now one of the most profitable businesses of the pharmacidical corporations they control. The recent pandemic and vaccine campaign is also leading to record profits for Pfizer, Moderna, Johnson & Johnson etc. also controlled by the criminal KM families like the Rockefellers.

The Rockefellers also stifled human progress by suppressing energy technology that threatened their control via oil. That is why Nicola Tesla ended up an impoverished prisoner in a hotel room while his technology was suppressed.

In later years, Japanese solar panel manufacturers told me they were forced to dump half the solar panels they produced while the price of silicon they bought was jacked up fivefold in order to prevent solar power from being competitive with oil.

They have also done everything in their power to prevent the use of hydrogen as a cheap, non-polluting and virtually limitless fuel. Over 70% of the cost of modern economic activity comes from energy and the Rockefellers have been suppressing human progress to make sure that energy comes from expensive oil they control.

The list of their crimes is far too extensive to lay out any further here. The point is that recent world events are the result of an international alliance aimed at overthrowing the rule of the United States of America Corporation, their enforcement arm.

Okay, with this background in mind, let us look at the developments of the past week. The biggest was the default on January 19th of the US Corporation. This was reported in the corporate propaganda news as the US hitting the debt ceiling of $31.4 trillion. However, notice that the day before this happened, Jerome Powell, the head of the Federal Reserve Board “tested positive for Covid” and went into “self-isolation.” CIA sources, of course, say this really means either he was arrested or went into hiding.

We are also being told by Polish intelligence the United States has set a cut-off date for US dollar legal tender restrictions that will expire on January 31, 2023. The restrictions mean that any US dollar bills printed before 2021 will no longer be accepted or legal tender anywhere in the world.

This is a desperate attempt by the Rockefellers to prevent bankruptcy by forcing everyone to use digital central bank currencies they plan to issue, MI6 sources say.

Instead, the world is going to cut off the Rockefellers by refusing digital currencies they produce after January 31st, multiple sources agree.

The bankruptcy of the Federal Reserve Board means the entire US financial system is imploding.

These charts of consumers maxing out their credit cards, the largest financial bubble in history and plunging house prices all show the US financial system is now dysfunctional. 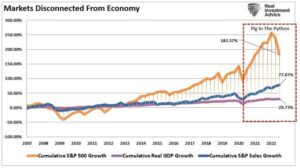 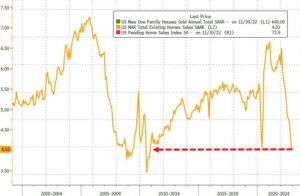 For example, a Mossad source says “I know for a fact that Bank of America is

As per popular demand, we will now include subtitles on our videos, please click the “CC” button on the video below to enable/disable them!

As with the weekly newsletters, we will also allow these Q&A videos to be released for free on Thursdays. Subscribers will be allowed to share the videos on social media or their own sites on Thursdays, but must use Rumble video embedding short code. The embedding code will become available on Rumble after the video is made free.

Please leave your questions for Ben in the comment section of this post and we will pick the most voted comments to answer!

As always we appreciate and thank you for your continued support!

If you have a technical issue and can not view the video, please send a message to the support email. Please DO NOT post your technical issues in the comments as it may take us longer to get back to you.