As per our subscribers wishes, Ben will no longer be using a interviewer when creating his Friday videos and will also directly answer questions from subscribers.

Please use the comment section below as a way to voice the questions you would like Ben to answer.

Due to several of our suppliers shutting down or limiting production, product shipping times were becoming unreasonable.

We have since completely revamped our store and now offer a variety of new products with more reliable suppliers and faster shipping times.

We have also introduced a line of Benjamin Fulford Apparel.

If you would like to further support Ben, feel free to purchase anything from his shop.

The first 20 people can use discount code SHOP10 for a 10% discount on first purchases. 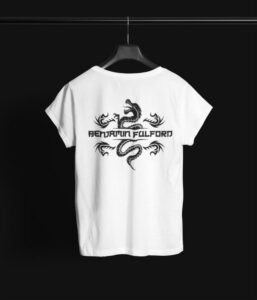 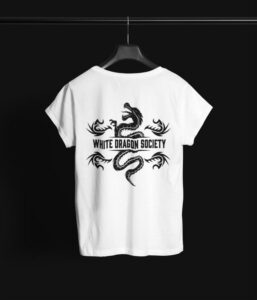 Due to requests for playable audio of the newsletter, We have now introduced a new tier subscription option.

This new tier is called “Monthly + Recorded Newsletter Readings”. It costs an additional 2.99 per month and may only be purchased while holding an existing subscription. This will bring your total monthly membership up to $13.99.

His name is Nakai Tenzan and he is so despised in Japan that even gangsters shun him.  He went into hiding after an associate of his told me he had bragged about killing my webmaster with a cancer-causing poison.  He also once tried to get me to drink orange juice laced with amphetamines so he could film me in a high state and use that to ruin my reputation with Asian secret societies.

Tenzan has previously interrupted my public speaking engagements to tell the audience that the murder of 90% of humanity was inevitable and there is nothing we can do to stop it.

The fact that he has come out of hiding now probably means the Rockefellers could not find any other assassin to do their bidding in Japan.  He needs to be hunted down ASAP and taken in for vigorous questioning.  If anybody can provide actionable intelligence for taking down the mass-murdering Khazarian Mafia, he is it.  He is now hiding behind the banner “World religion the Vatican,” and “Unify Shinto, Buddhism, Islam, and Christianity.” https://wrf.jp/index.html

However, make no mistake, he is a cold-blooded murderer.  Actually, no he is not a “cold-blooded” murderer because he definitely takes great pleasure in torturing and killing people.  He and his associates need to be all removed from circulation before they participate in another mass murder event.  The fact that these people have come out of hiding and are openly meeting in Kyoto is also a strong signal that some sort of mass casualty event is planned for Tokyo.  They were promised the capital of Japan would move to Kyoto after Fukushima but it never happened.  They seem to expect that this time it will.

Mr. Nakai, who I was unable to reach for comment at the time I wrote this report (his old phone number was disconnected) called to say I was slandering him and endangering his family.

He said, “I am a Buddhist monk, not an assassin.”  He denied ever having poisoned an associate of mine or trying to get me to have a drink laced with amphetamines.

He also wanted to know the name of the people who told me what I wrote about him. I admitted that using anonymous sources for information of this sort was not ideal journalistic practice.  However, I said I needed to protect my sources because many people around me have been murdered over the years and that I felt they would be in mortal danger if I revealed their names.

I also offered Mr. Nakai the opportunity to give his side of the story to me on a video that either I or he could post publicly. My view is that a public interview with him would be a good way to start a truth and reconciliation process.

I would also like to publicly apologize to him for writing the following:

“He is so despised in Japan that even gangsters shun him…However, make no mistake, he is a cold-blooded murderer.  Actually, no he is not a “cold-blooded” murderer because he definitely takes great pleasure in torturing and killing people. ”

It seems my emotions got the better of me when I wrote that and I will ask to have these portions of what I wrote about him deleted from my blog.